After a year-long investigation, UK’s police forces arrested a 16-year-old on allegations of hacking the U.S. Department of Justice’s private servers and the personal e-mail of CIA’s chief officer.

The South East Regional Crime Unit (SEROCU) made the arrest last Tuesday, working in conjunction with the FBI. The British teenager is accused of being Cracka, the notorious leader of a hacker group that took credit for numerous attacks on the U.S. Government. The group, Crackas With Attitude, first appeared last year, proclaiming themselves responsible for stealing the CIA Director’s AOL account.

They resurfaced about a month ago, threatening to release private information of other high-ranked U.S. officials. Since then, Crackas With Attitude(CWA) hacked private accounts of Obama’s Head Tech & Science Adviser, FBI’s executive assistant and the national spy chief, in addition to a dozen others.

Every member of the group admitted to being a teenager. Meanwhile, the FBI have claimed that their actions were influenced by a terrorist group. Now, it seems the only basis for that allegation is the group’s support for Palestine. Every time CWA made a thread, their demands were expressed with a single hashtag:

Yesterday, the arrested high-school student gave an interview to a reporter from Motherboard, an anti-establishment tech authority blog. According to Motherboard, the teenager denied being Cracka, saying “I got v& [arrested]…They’re trying to ruin my life!” At the same time, he clearly wasn’t trying to hide his involvement with CWA:

The teen described his arrest in detail, saying he denied answering Police officers’ questions. He was released under bail after spending a total of 7 hours under arrest. “I’m innocent until proven guilty, so I have nothing to worry about.” When Motherboard asked the alleged hacker if he’d like to make a public statement, he quickly replied with “#FreePalestine.”

Days before the authorities made an arrest, the private records (including SSN’s) of 20,000 FBI agents and 9,000 DHS members were leaked by a hacker who called himself ‘DotGovs.’ His only public statement was a Tweet stating that he’s not Cracka or a member of Crackas With Attitude. 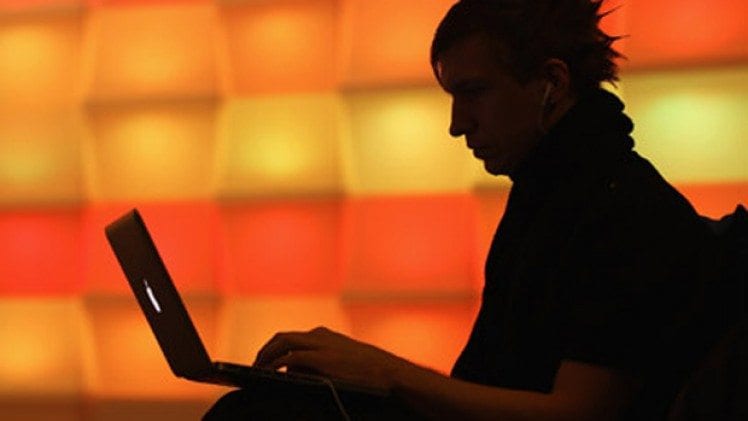 Hours later, half a dozen other well-known hackers alleged that DotGovs is, in fact, Cracka. According to his them, he just doesn’t want to be associated with this particular attack. His peers say they want Cracka caught just as much as the U.S. authorities. They claim everything changed when he “crossed the line” by exposing Federal Agents who may be working undercover.