When you hear the word “athlete”, you immediately have a mental picture of a fit person in a jersey, holding a basketball or a soccer ball or a tennis racket. For sure, you wouldn’t imagine somebody running down a hill chasing a huge ball of cheese or somebody wearing traditional German clothes with a finger entangled in a leather band in an intense game of finger wrestling. Now, that would just be too weird, wouldn’t it? Believe it or not, cheese rolling and finger wrestling are actual sports – and they’re quite a hit in their countries of origin! Before your scalp bleeds from too much scratching, let us enlighten you about the big, big world of sports, more specifically, the parts that are rather unheard of, with strange sports that you won’t believe are actually a thing.

It’s probably easy to imagine the mechanics of bathtub racing: contestants would have to load themselves in a bathtub, race against other contestants or against the stopwatch. If you imagined people racing to clean themselves off in the tub, uhm, well, you got yourself a really weird imagination. Bathtub racing, or simply bathtubbing, originated in Nanaimo, British Columbia as the people’s effort to introduce the shore town to the world. It actually worked as it is now known as the “Bathtub Racing Capital of the World”. It means that bathtub racing tournaments are also held in other parts of the world such as Auckland and Washington, would you imagine that? In Nainamo’s version, there are three events: 100-meter individual race where participants are timed as they complete a 100-meter circuit; multi-bathtub race where participants race one another in the circuit; and synchronized bathtubbing where 2 bathtubbers face one another and one rows backwards while the other rows forward as they race other bathtubbers in the circuit.

Bed racing is a fun spectacle. Originating in Knaresborough, North Yorkshire, the annual Knaresborough Bed Race chooses a unique theme each year. Participating teams would then have to decorate their bed to honor that theme. Each team is comprised of 7 racers: 6 to push the bed around the course and 1 to lie on the bed. Another weird thing about this sport is that it was open only to military men when it was conceived in 1965.

Beer lovers, rejoice! Here’s a beer drinking sport that celebrates man’s fondness for the brewsky. Beer mile is a race where players have to drink a 12-ounce can of beer before the start of the race and before each lap of the track, which measures one mile.

Another sport for beer lovers, beer can regatta originated in Darwin, Australia, a place that is known for its massive consumption of beer each year. To celebrate – or probably make amends for – their love of beer, locals came up with the Beer Can Regatta, a venue for recycling empty beer cans. Participants use beer cans to build their boats which they paddle as they complete the race course.

Seriously, just how many sports involving beer can man invent? Beer sculling, or more popularly known as beer chugging, requires participants to down a can/glass/bottle/pitcher of beer either as an individual or a team. One famous beer sculling record holder is former Australian Prime Minister Robert Hawke who chugged 2.5 pints of beer in 11 seconds when he was a college student in 1955.

Dwarf throwing, also known as midget tossing, originated in the northern part of Australia. It entailed securing a midget person into a harness and catapulting him/her to the soft landing surface. The winner was determined by the farthest distance reached. This sport was discontinued as it was viewed by some people as humiliating to midgets.

Okay, this is not that chicken fight where chickens are pitted against one another. Rather, it is a game played by 2 or more pairs of players where 1 person rides atop the other and takes down his/her opponents. This is usually played in water although variations of the game have sprouted in places such as Japan where it is played on grass.

If you dislike ironing, this is the kind of sport that you might say no to even if it entailed a prize of a million dollars. In extreme ironing, the daunting household chore is made even more difficult – yes, it could be a lot more difficult – by adding challenges to it such as surfing, skydiving, or mountain climbing.

You can bet this sport requires the weirdest kind of preparation – if contestants did prepare at all. While some people complain about having too much hair, contestants of hairiest back tournaments celebrate it. The winner of such competition is determined by the applause of the audiences and is awarded by, wouldn’t you know it, laser hair removal treatments.

England has some traditions that sound unarguably strange to the rest of us non-English population, and this includes Haxey Hood, a sport that combines the mechanics of rugby with weird costume and headgear. What makes this sport more interesting albeit confusing is that it accommodates an unlimited number of players.

Before you conjure images of people tugging goanna, a kind of lizard from Australia, here’s an idea of what the sport is actually about: it follows the mechanics of tug of war except that 2 contestants are joined by wearing a heavy leather band around their neck. They then face each other and tug with all their might for the title at the Australian National Goanna Pulling Championships.

Nope, that’s not a typo. Jolleyball is a sport that combines the mechanics of volleyball and – of all things – juggling. The rules sound tricky to the ears of someone who isn’t into both volleyball and juggling, but basically, players have to juggle three balls before they can pass or throw the ball.

Hide and seek is a much beloved game by children all over the world so it’s no surprise that somebody had the idea to turn it into an official sport. In fact, a sports scientist by the name of Professor Hazaki has been lobbying for the “sport” to be included in the Olympics. Hide and seek sport version requires 2 teams of 7 players each to hide and seek within a 65ft x 65ft pitch in a 10-minute game.

Hoover Ball was invented specifically to keep former US President Hoover fit and healthy. This sport has similar rules with tennis and volleyball but is played with a medicine ball. It was once a really popular sport played by the most powerful men of America. 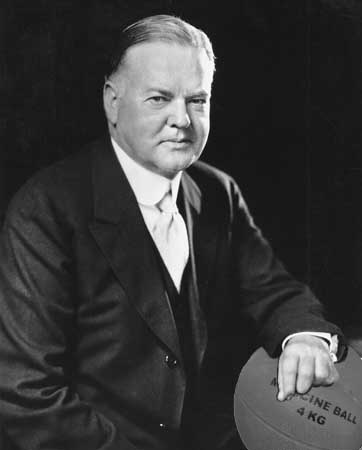 Yes, because geeks have to have a sport, too. Memory sport has been a big hit since the 1990’s. In this competition, players have to memorize as much information as they can in 10 events such as Names and Dates, One-Hour Playing Cards, 30-Minute Binary Digits, and 5-Minute Historic Dates.

Moonrock throwing is one of the sports events at the annual Richmond Fossil Festival. Don’t be misled though, they don’t use rocks from the moon nor fossils. What they use are unique rocks that can be found all over Queensland, Australia, which incidentally are found to contain fossil matter.

Monster truck rallies are events that reek so much of testosterone, from the oversized monster trucks to their drivers to the spectators. In these events, trucks are pimped with humongous tires, about 6-ft high and 4-ft wide. They then compete to crush as many regular cars as they can.

Mud Olympics are an annual fundraising event held in Brunsbuttel, Germany to benefit the Schleswig-Holstein Cancer Society. In this event, popular sports such as soccer are moved to a much more fun field: the mud. They also hold concerts so it’s really a great weekend festival to see.

This is not the kind of food fight you see in school cafeterias. In fact, most competitors at the World Pea Shooting Championships take this sport so seriously that they devise ways to improve their shooting accuracy. In this event, players shoot pea through a tube, a good 12 feet and aiming at a 12-inch target.

You might think rock paper scissors has no place in the world of competitive sports but you couldn’t be more mistaken. At the World Rock Paper Scissors Championships, hundreds of competitors from all over the world try their wit, speed, and luck for the title and cash prize.

23. Running of the Bulls

Running of the bulls is a yearly sport event in Pamplona, Spain. In this sport, bulls are let loose to chase participants wearing white cotton shirt and trousers with red sash and bandana. The chase ends in the bull ring where the event gets more exciting, or more precisely, more dangerous.

Redneck skeet is a game that is fun to watch and play, especially for gun enthusiasts. In this sport, a pair competes with other players to shoot as many beer cans as they can. The interesting part of this game is that beer cans are launched from slingshots. Shooting beer cans this way makes it difficult even without the beer goggles.

While toe wrestling may not sound that peculiar, given that it’s long been the kind of game children play in summer afternoons, it is that there once was a proposal to include it in the Olympics that makes it strange. Needless to say, the proposal was rejected, and it may be the kind of sport to never make it to the Olympics in this lifetime.

Tuk tuk polo is a sport popularized by Sri Lankans. It follows the mechanics of polo except that instead of riding a horse, each player rides a tuk tuk, a 3-wheeled vehicle that is common in Asian countries. In the past, polo players rode elephants but this practice was stopped when one elephant ran amok.

As the name suggests, this game is practically just tennis except that players have a tennis racket in each hand. It was invented by Prof. Don Mueller who probably believed that two is better than one.

Ultimate tazer ball probably makes it to the top 10 strangest sports of all time. The mechanics of the game include tasing the opponents to get possession of the ball. This ultimately sounds like a painful and riotous game but worry not because players are allowed to tase only the player who holds the ball.

You’ll probably never guess how vertical soccer is played. Ready? It is played on the surface of a billboard that is painted like a miniature soccer field. What makes this really exciting is that players have to defy gravity in order to stay on the field.

You would never have guessed a sport that actually involves worms, except probably for fishing. Worm charming is a sport where contestants compete to coax as many worms as they can from a patch of soil in 30 minutes. How serious is this sport? Let’s just say that an annual event called World Worm Charming Championships has been held in South Devon, England for more than three decades now.

Don’t cringe just yet, volcano surfing doesn’t entail surfing inside a volcano, only on the slopes. Volcano surfers use a surfboard to cruise down the slope of a volcano, much like sandboarding. What makes this game really exciting is when it is held on an active volcano, talk about lava and gases to make the course much more challenging.