Growing up in the 21st Century is hard. We have a lot of pressure on us to not only be modern, but often times, to stick to stereotypes like dressing or looking a certain way that’s considered socially acceptable. Part of this process, obviously, revolves around wearing or not wearing makeup. If you’re the kind of person who likes to wear makeup, then it’s important to note whether or not the product is cruelty free and look for this little guy on the package or website:

Sometimes it’s not even something we think about when we’re in a rush and just want to find a product that promises it’ll do what it advertises. But as 21st Century, modern individuals, it’s our duty to ourselves, and animals, and future generations of both to be responsible and kind in the way we conduct ourselves. And part of that is being a responsible consumer.

So here’s a list of reportedly cruelty free makeup brands for you to peruse and consider, the next time you find yourself in need of some new goodies:

Their name stands for Eyes, Lips, Face, showing the full diversity of their products. e.l.f. is a fantastic brand offering professional quality makeups at drug store prices. They were founded in 2014 in New York, so they are relatively young for a makeup brand, but definitely make up for it in business and ethics practices by not testing on animals.

This particular brand can be found very commonly in various drug stores, and even some dollar stores — making it very easy to buy makeup with a clean conscience.

Though Lorac is not presently listed as an officially cruelty free company, they wrote an open letter to a concerned consumer stating that they do not test their final products on animals and are not aware of any animal testing performed by any manufacturer with whom they do business. Furthermore they very clearly stated that they do not sell their products in any countries which require animal testing before they can be sold (which is usually the issue with something being cruelty free or not) which would be considered third party testing.

Let out that breath you were holding. Phew! 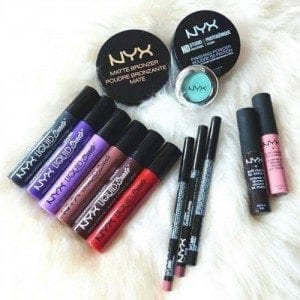 Nix was considered cruelty free from 2010 on, but that cruelty free belief was called into question when they were bought out by L’Oréal in 2014 who sells their products in China (where, again, all makeup products are required to be tested on animals before being sold). However, they announced that they remained cruelty free despite being bought out by the company — maintaining that no Nyx products would be made where an animal was harmed in the process, from formulation to completion, and that their products still weren’t being sold in China.

We hope it stays that way!

Tate’s cruelty free standard was similarly called into question. They were sold out to KOSE, a Japanese non-cruelty free brand. While a lot of people are understandably upset about a company having a branch that’s cruelty free while not being cruelty free themselves — consumers can at least be happy the products they are directly buying weren’t made in such a way that harmed an animal. In being conscientious now in how we purchase our goods, there’s hope that it will affect those who are developing these products to begin with. Collectively though, Tarte feels they are still being cruelty free. We’ll just have to wait and see how other consumers react.

This is obviously not an exhaustive list of makeup brands available, however, it is a good start to being an informed shopper. Whatever brand of makeup you decide on, take a second to surf your phone to see their animal cruelty policy. It could save a life.