If you’re a writer, you’re very well acquainted with the concept of the dreaded writer’s block. It’s an insufferable state of mind where you’re lacking in creativity or inspiration, and therefore incapable of moving forwards in a writing piece, or even starting one at all.

The best way to beat this phenomenon is to tackle it head on, instead of sitting and waiting for inspiration to hit. Here’s a list of possible ways to combat, or at least soften the writer’s block so many suffer from.

1. Sometimes You Just Need a Break

Writing is straining on you mentally and physically. It can cause eye strain to stare at something for so long, and if you’re typing or physically writing with a pen you can also get something like muscle cramps or carpal tunnel if you don’t take care of yourself. That’s when it’s a good time to take a break.

Getting up and occasionally walking around, grabbing some tea, or even flipping on the television for thirty minutes might just be the recharge that you need.

2. Prompt Generators Are Your Friend

When in doubt, technology can in fact sometimes save you. Being a writer is a very delicate job or hobby because it takes every creative ounce you have in your body to produce something. Sometimes that means you just don’t have any more of yourself to give, and that’s when you let technology step in. There are numerous websites online that provide different methods of prompt generating — allowing you to tweak your results and provide a usable, beneficial prompt just for you.

Even if your writing discipline isn’t novels or short stories, poets and song writers can also benefit and be inspired by these generators, and therefore take the chance on this resource if they are lacking in direction.

3. When in Doubt: Hit the Books

Studying other’s works similar to your own work, or own writing goals can be extremely helpful. Not just non-fiction pieces either — but how-to books. How-to books consider both the individual who knows nothing about the subject, and the individual stuck on a certain aspect of the process being taught. How-to books often contain prompts or step by steps to get through certain struggles. This can be an invaluable option for any kind of writer, no matter how much skill they possess. The great part about having these tools is once you own the books, you can always go back to them as a reference when struggling in the future.

Writing groups are usually small, and only allow a certain amount of members to join. They are typically local, and consist of varying ages, and genres according to the members. They can easily be found online to see if one local is near you. They are fantastic for face to face critique of your work, peer reviews, and even free editing from those with similar abilities to your own. In the case of writer’s block, they can offer insight into improving your writing or finding a subject if you’re lacking one. They are a wonderful resource. 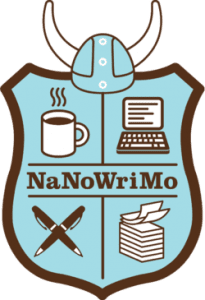 Writing communities don’t have to be face to face, and often times are much more broad than a writing group. They often times communicate online based on a mutual writing interest, perhaps divided by genre. They often have forums to post on and receive support as well as occasional meet ups like writing conventions — which you can go to depending on your location and limitations. Such an example would be NaNoWriMo.org which specializes in supporting writers trying to complete a novel. Like the online aspect suggests, these communities can also be found with some research on the web.

If all your methods for trying to write on or about something are failing, then it might be a sign that you need to put aside that piece for a longer period of time than just a couple of hours or a day. You might need to simply start a new project and allow that story to find itself on its own time. Since writing is a creative hobby it can’t be pushed or forced because then it becomes contrived and feels contrived. In order to maintain that beautifully unique element of creativity it has to be done with and by the heart of the writer.

This doesn’t mean you indefinitely put aside that idea or project, it just means that now is not the time for it to come to life. The creative energy and frustration you feel trying to make it happen could better serve another project that won’t be as unwilling as the one you’re trying to force.